The voice of the bureaucracy speaks 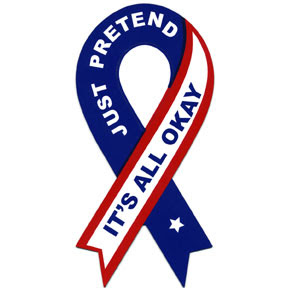 Here’s an anonymous email that a local school activist (not me) recently received (I’ve edited the profanity only to prevent this blog from getting caught in anyone’s filter):


I’ve had it with this f---ed up district! The administrators are paid to run the district, but the board insists on micromanaging EVERYTHING! People like you and [another local school activist, also not me] act as though you want what’s best for the students, but the way you go about it makes our district look like fools. I read about Hoover roaches in the Quad City Times and the Des Moines Register for christ’s sake! How does that help the district? It makes the whole community look like fools!

The whole system is setup to fail. The district has the best superintendent they’ll ever have, yet power hungry volunteers, called board members, and community activists, better described as conspiracy theorists, make his job a living hell. If everyone would back the f--- up, he could actually accomplish something!! Why pay a guy over $200k per year, then not let him do what he is trained to do?!?! Most of the districts top administrators could double their pay in the private sector, especially the guys on the operations side, and pretty soon they’ll be jumping this sinking ship.

I’m writing to you because you are extremely vocal and I hope you will consider putting your time and effort into fixing this mess rather than contributing to it. Your actions have consequences. Please don’t ever forget that. Please make sure those consequences are intentional.

(I hope that you can get past the fact that I sent this “anonymously” and focus on the message rather than this.)

After I read the part about how our school board micromanages the district, it was a while before I could pick myself up off the floor and finish reading the email.

But imagine, hypothetically, that we did have a more assertive board. The administrators are paid to “run the district” and “accomplish something,” so why would the public and its elected representatives insist on having a say over just what it is they should be accomplishing? Why would the public insist on interfering in the public schools?
.
Posted by Chris at 12:42 AM

I guess this email might make a lot more sense if I knew who wrote it and who it was sent to. It does seem important to be aware that activism has consequences, and that not all will be intended. (Similarly, a doctor once reminded me that when you are talking about drugs, there are no such things as side effects, just effects.) But it doesn't follow that the right solution is to refrain from activism (any more than that the right solution to the problem of drug effects is to categorically refuse all drugs). Ideally, one would be aware of all consequences. But this email doesn't offer anything very concrete. If someone was unfairly fired due to publicity about the roach infestation, for example, I could certainly see how that might be a consequence an activist would want to know about (and hopefully try to help remedy). But if people in neighboring communities think less of Iowa City because we had a roach problem in a local school, I wouldn't lose any sleep over that.

Doris -- Agreed. It's certainly been my experience that many things won't change at all unless someone makes a big public stink about them. When it came out that the schools were making kids eat lunch in their winter coats and snow pants to save time, that made the district look bad, too, but now the kids don't eat in their winter clothes anymore. (Small victory in the scheme of things, but still.)