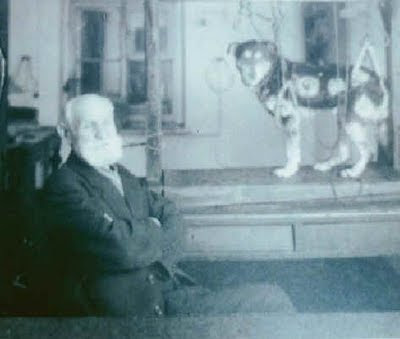 I.P. Pavlov in his laboratory
Commenter Hienuri’s mention of Stalinist Russia reminded me of this passage from A People’s Tragedy, Orlando Figes’s history of the Russian Revolution:


In October 1919, according to legend, Lenin paid a secret visit to the laboratory of the great physiologist I.P. Pavlov to find out if his work on the conditional reflexes of the brain might help the Bolsheviks control human behaviour. “I want the masses of Russia to follow a Communistic pattern of thinking and reacting,” Lenin explained. “There was too much individualism in the Russia of the past. Communism does not tolerate individualistic tendencies. They are harmful. They interfere with our plans. We must abolish individualism.” Pavlov was astounded. It seemed that Lenin wanted him to do for humans what he had already done for dogs. “Do you mean that you would like to standardize the population of Russia? Make them all behave in the same way?” he asked. “Exactly,” replied Lenin. “Man can be corrected. Man can be made what we want him to be.”

Whether it happened or not, the story illustrates a general truth: the ultimate aim of the Communist system was the transformation of human nature. It was an aim shared by the other so-called totalitarian regimes of the inter-war period.

Obviously Iowa City is not Soviet Russia. But when you hear someone theorizing about the potential of operant conditioning to make everyone behave in a standardized way, it’s hard not to think of PBIS. And when you look at PBIS’s promotional materials, it’s hard not to recognize some of that transformational utopianism that seems to go hand in hand with a totalitarian mindset. The common link is a view of people as objects to be manipulated, rather than thinking autonomous beings to be engaged.
.
Posted by Chris at 1:30 AM

Given the complete devastation known as "shock therapy" inflicted on average Russians in the 1990s in the guise of capitalist market-based reforms, it would certainly seem apt if PBIS could indeed be somehow interpreted as Lenin's revenge!