Don’t fence me in 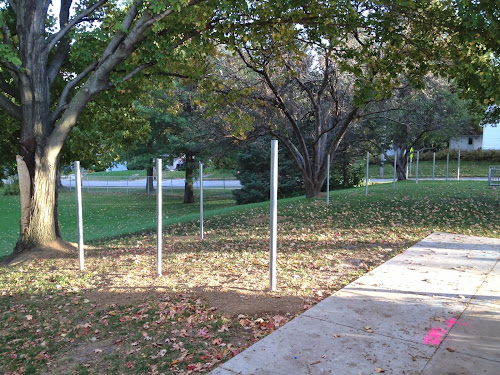 The fence posts in the picture above appeared suddenly a week or so ago, surprising the Hoover School staff and students. Apparently the district is determined to fence in the last remaining opening to Hoover’s grounds, as part of its “safety and security enhancements.”

Never mind that sixty years have gone by during which the district never thought we needed a fence there. Never mind that the plan is to leave the gates unlocked at all times, which would seem to defeat much of the purpose. Never mind whether the Hoover community wants the fence. (No one asked.)

The hill on the east side of the fence has been the local sledding hill for as long as anyone can remember. The fence will make it hard to sled on much of the hill. The principal has asked the district if anything can be done to preserve the sledding; word has it that the district might move the fence back a bit. Of course, if the school closes as planned, the sledding hill may be history anyway, especially if the land is used as a parking lot.